To the YORUBA, the placement of ones attitude on CHARACTER, is the of supreme importance.  Character is what OLODUMARE judges in the end of our lives.  OLODUMARE’S demands and pure and ethical behaviors, through out ones life.  Our well-being here  in AIYE, EARTH all depends on our CHARACTER.  One’s place in the after life is determined by OLODUMARE according to his good deeds on EARTH. OLODUMARE, the ‘Searcher of Hearts’ sees and knows everything and his judgment  is sure and absolutely inescapable.

Morality is summed up by the word IWA, which can be translated to the English word ‘CHARACTER’.  IWA is the very being which makes life a joy because it is pleasing to OLODUMARE.  It is therefore stressed that GOOD CHARACTER must be the dominant feature of a person.  We should act in a manner that our good deeds precede our journey. Our aim should be to MODEL the BEHAVIOR through our interactions with our family life, environment, and personal relations correct qualities of a person.  No one is perfect so continue to take the responsibility and spirit of  ‘FROM THIS MOMENT ONWARD’ I will strive to self improve.

Come and behold the countless children of IWA,

Come and behold the countless children of IWA

IWA carries (Children) in (Her) arms,

IWA carries (Children) on (Her) back,

Come and behold the countless Children of IWA

Character is all that is requisite

Character is all that is requisite

There is no destiny to be called unhappy in Life’s city.

Character is all that is requisite.

Character is all that is requisite;

There is no destiny to be called unhappy in IFE’s city.

Character is all that is requisite.

Gentle character is it which enables the rope of life

To stay unbroken in one’s hand

So declared the oracle to Orunmila

Who by means of gentle character

Was going to win the rope of life from the 401 divinities.

Leave them alone, let them run;

It is their character that chases them about.

So declares the oracle about Anfwonikun

Who fears incessantly day and night;

Will you but practice good character,

Will you but practice sound character.

The outcome of GOOD CHARACTER is a GOOD REPUTATION.  It is a thing of worth PRIDE and GLORY within the SANCTIONS of OLODUMARE.   As CHARACTER makes for GOOD Social Relations, it is laid upon every member of the community to act in such a way as to promote always the GOOD of the WHOLE BODY.

In the old days wicked people were exiled from the community or ostracized from the family; one who had seduced the wife of another’s must turn and go another way if the offended person walked along the road towards them.  The tenants of  OLODUMARE are to leave the GOODNESS in this world and to right the wrongs that exist here.

Many attempt to guise their efforts by saying they are for righteousness, but in deed, which is an indicator of CHARACTER, they behave totally different.  They have hidden agendas and do not understand that nothing is hidden from ESU, that he has the ability to see deeply into the DARKEST HEART, the ONIA-JO-GUN, the ears and eyes of ORUNMILA.

Orobanta-awuwobi-owu divined for the World when its inhabitants declared that nothing is more important in the World than money and they would forsake any other thing and to run after money.  ORUNMILA told them that they ought to think less of money and more about IFA.  He said, they ought not to honor money but IFA and Knowledge, for these two are equal in status.  Good manners should be adored.  Money exalts a man and at the same time spoils his CHARACTER.  Anyone who has too much love for money is apt to lose his GOOD CHARACTER.

Manner and Character makes a man.  If you have much money, you are not free from becoming blind, a lunatic, a lame man or  a sickly man.  Go and take care of your CHARACTER and think over and be wise and give ALMS to the poor that you may be at ease…………………

They abused and  ridiculed the  BABALAWOS, the ONISEGUNS and Adahunas.  Shortly after this they began to be sick.  They were sorrowful and there was nobody to come to their aid while they were dying daily.  They were confounded and could not consult BABALAWOS for their delivery.    In the long run, they had to beg the AWOS to come to their aid.  It was since then the BABALAWOS became famous and popular in this world. 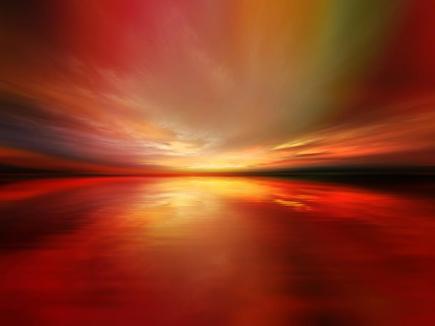 ‘IBA’ OLODUMARE   (I respect the Creator of All Existence)

‘IBA’ ORUNMILA   (I respect the recorder of Odu)

‘IBA AWO AKODA’  (I respect the diviner Akoda, the first student of IFA)

‘IBA ASEDA’   (I respect the diviner Aseda, the second student of IFA)

‘IBA OLOKUN’  (I respect the spirit of the Ocean)

‘IBA OLOSA’  (I respect the spirit of the lagoon)

‘IBA’ ORUN OKO’  (I respect the Stone of Heaven)

‘IBA OKUN OKO’  (I respect the strength of the stone)

‘IBA OKUN OKO’ (I respect the mystery of the stone)

‘IBA BABA’  (I respect the Fathers)

‘IBA YEYE’  (I respect the Mothers)